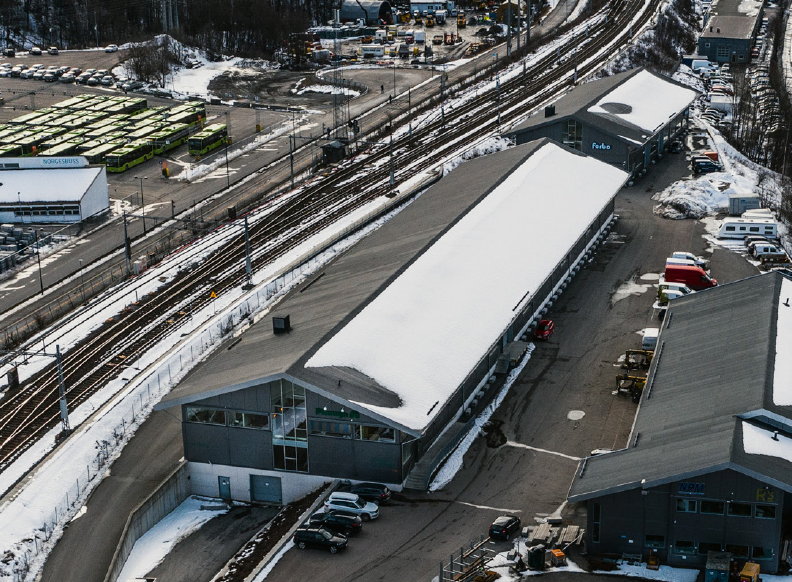 UBConnect moved to a new warehouse in Grorud, citing high demand and increased business as the reasons.

Dejan Radivojević, Warehouse Manager, and Vladeta Marković, one of our Project Managers, explain in more detail:

-The increased scope of our work wasn’t the only factor that motivated our search; it was also imperative for us to find a space that can be used both as a warehouse, as headquarters for our transport team, and as office space for those of us who need it. Our old warehouse couldn’t meet all of those demands, which was a source of some frustration, as we were forced to separate our operations in an inefficient way, says Dejan.

Closer to the source 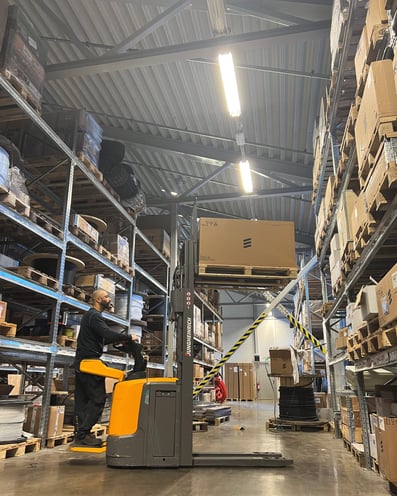 -We looked for a suitable warehouse for at least a year – so it was a year of us working out of a space which was already reaching its capacity in terms of equipment, vehicles and people. It was very difficult to find a candidate that fits all of our needs, says Vladeta.

-One of our key criteria was the location, continues Dejan. -Our previous warehouse was situated outside of Oslo, away from the sites we are working on; that’s why we insisted on finding a space that was closer to the city center and were quite pleased to find this one in Grorud. We already see it making a difference in our daily operations.

Other benefits of the new space are, as Vladeta points out, more shelf space, more floor space for packing outbound and unpacking inbound shipments, high ceilings and more room for our fleet.

-Something we are very happy with is that the space around the warehouse is flat, which makes it much easier and safer to load and unload equipment, adds Dejan.

Roar Skålvik, Director of Corporate Functions, mentions another advantage when it comes to the new warehouse:

-The area the warehouse is in is secure, and we now have more room outside for waste sorting and recycling containers, as well as for our cardboard press, which we have been looking forward to getting.

-We are also excited for the possibility of adding more chargers for our electric car fleet. In addition to that, the fact that we now have a centralized warehouse means less travel between different locations to pick up all the necessary equipment; now everything is in one place – drastically lowering our carbon footprint. 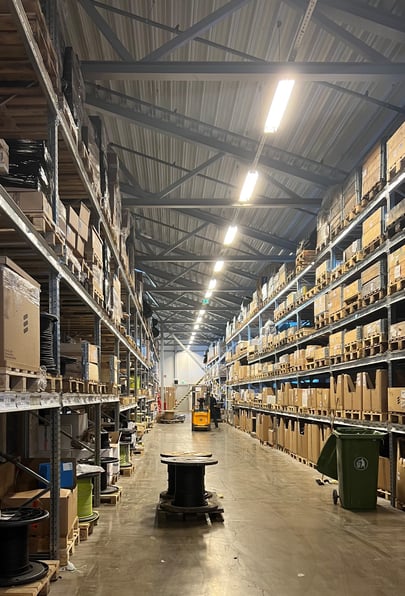 -We officially took over the warehouse on December 1st and finished the move before the New Year. It was quite challenging, as we were simultaneously prepping the new space, packing and moving things from the old warehouse, as well as packing and shipping equipment to our teams. I think I’m 1% more bald now!, laughs Dejan.

-I’d say it’s closer to 5%, jokes Vladeta. -But I think Dejan is too humble. The move was difficult and stressful for many different reasons, not least of which was that the warehouse had to be fully operational during the whole process. Usually, this kind of move would necessitate at least a week-long shut down, to move things, do inventory and get everything settled – but when you have over 30 teams in the field, the financial cost of closing warehouse for even one day would have been unthinkable.

-We were also impacted by Covid-19 during the entire month of December, which put a bit of strain on us as, on top of it all, we had an auditor scheduled to come in the first week of January, so everything had to be ready by then.

Persistence and planning result in success

-One thing that went in our favor was that the number of teams started dwindling after the 20th, so we had those days before the holidays to get everything ready, but I think the key for this success was good preparation, states Vladeta.

-The move was scheduled for December, but we started preparing for it in October. Roar organized weekly meetings with Dejan, Darko Radivojević (Manager for installation and transport) and myself; we planned the move in detail, and it was this plan that allowed things to go well. We made good time with installing an internet connection in the new warehouse and with moving the server for the Warehouse Management System, two things necessary for our daily operation, and the rest followed. Everything went according to plan and with no break or pause in our production, so we couldn’t be more relieved.

-I do want to take this opportunity to mention and thank our amazing warehouse team, Đorđe Dimitrieski, Vladimir Stajin, Emanuel Mirzad and Saulo Oliveira for being a great help during this move, says Dejan. 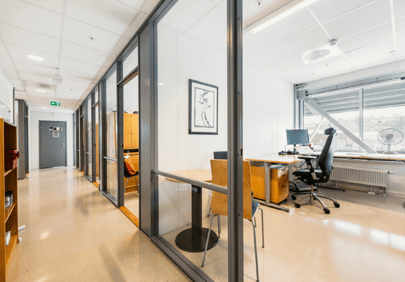 The team is currently in the process of marking separate areas so that the warehouse and the transport division can work independently and without interfering with each other.

-After we do that, all that’s left are some finishing touches, such as branding the space and making sure everything is clearly labeled.

-An additional benefit we are thankful for is the office space above the warehouse, says Vladeta. -We have 12 offices, and while we originally looked for a space that was half that size, with the work increase it looks like all of them will be put to use.

A step in an ongoing journey

-When we were searching for a new space, we were thinking this will be the one to solve all our problems – but as our business expands, it seems more likely that this warehouse is just the latest step in a long journey, and that we will continue building and growing with this strong foundation that we have – and who knows where we’ll end up!, concludes Vladeta.

19 December 2022 – Transtema Group AB has entered into an agreement to acquire 100 percent of the shares in the...

UBConnect is proud to announce a partnership with Technogarden, a consultancy company specializing in working with tech...

As the first telecom contractor to do so, UBConnect AS has become a supporting member (støttemedlem) of the...